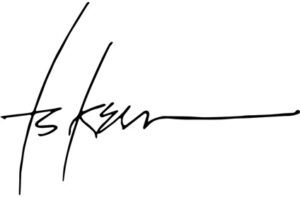 Some years ago, I was approached by Red Carpet Studios, a local gift catalogue company. They sell products for the garden and home, some of which are designed by artists and then licensed for reproduction in China. They offered me an opportunity to design a line of pieces for their catalogue. After much research, discussion and thought, I decided to take their offer and do some design work for them for the following reasons.

First, to increase my name recognition. Red Carpet Studios had sales accounts with 18,000 locations in the United States and Canada where my work had the opportunity to be seen and purchased by an entirely new audience. Second, as my work has developed and has become more labor intensive it has also become more expensive. I found that some loyal patrons who had been purchasing my work for a long time were no longer able to afford it. The licensing and reproduction of specific pieces allowed for a much lower price point and brought greater availability to loyal patrons and a new audience as well. Third, I make my living as an artist. My work comes from a very personal place but it also is responsible for paying my health insurance, buying food for my dogs and cat and contributing to the financial welfare of my family. Art is my business and as such it has to generate revenue. This venture was a new way for me to create revenue and to build a larger client base.

Having successfully completed my contract with Red Carpet Studios, my licensed work is no longer being produced but is still available until the inventory is sold out. By law, all pieces are supposed to be marked by a “Made In China” sticker. Pieces have been coming up for sale on Ebay and other internet sales venues. Some of the pieces being by sold no longer have the original packaging or stickers.

HOW TO DISTINGUISH AN ORIGINAL TERRI KERN PIECE FROM A REPRODUCTION.
All the reproduction pieces have the initials “RCS”, for Red Carpet Studios, on the bottoms. Also, the reproductions are not dated. With the exception of some very early work from the late eighties and early nineties, all of my original work is dated.

Newsletter:
Get Notifications of New Work, Upcoming Classes, and More Straight to Your Inbox